The Law of Attraction Doesn’t work 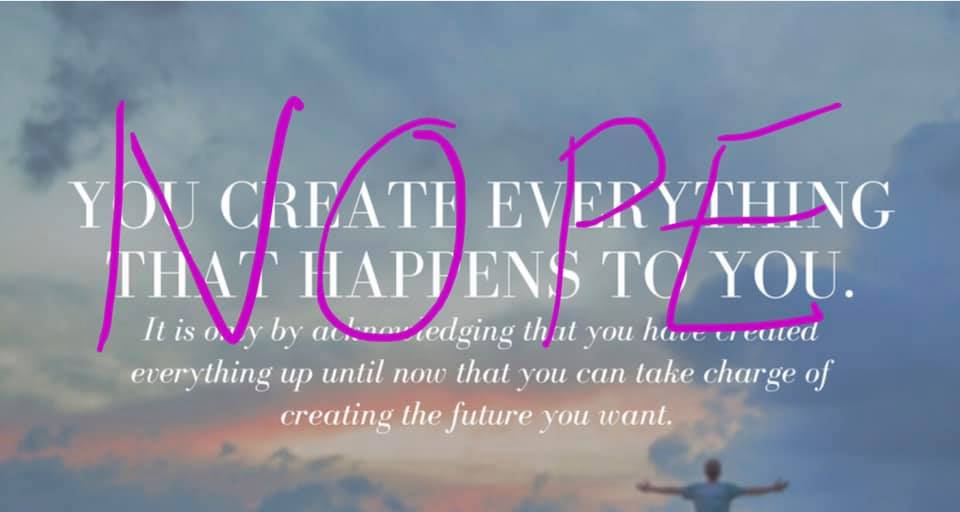 Why ‘The Secret’/’Law of Attraction’ is a steaming pile of bullshit.

opinion follows. Proponents of the Law of Attraction state (in a nutshell) that what you think about the most, you will get. Meaning that, if you worry about the things you don’t want, you will eventually get all those things most feared. But if you think about only good and happy things, then your life will be perfect and you will get everything you want.

This belief system can really mess with your head. It requires people to become delusionally positive whilst sending their fears deep into the shadows – making them more likely to influence unconscious behaviours. It’s commonly seen in psychological research that the more we repress thoughts the more likely they are to recur and then dominate your mental space.

DO NOT THINK ABOUT A FLYING PIG!

What are you thinking about right now?

Trying to think positive can also only create a cycle of negativity. There’s a German scientific study which proves exactly that. Check it out here:

It basically talks about how, if you go around believing that the desired thing is a given, you’re less likely to get off your arse and make it happen – which of course means that it doesn’t.Lots of people have told me how much energy they have put into positive thinking, and then how utterly devastated they feel when it doesn’t work. ‘What am I doing wrong?’ ‘Why do I just keep failing at this?’

The stock answer from the believers is ‘you’re doing it wrong, there must be something wrong with your thinking, you haven’t followed the instructions properly’. This puts the blame firmly on those who are trying really hard to work towards their healing or a route out of poverty and it’s a dick move.

There is only one reason why the desired stuff doesn’t come to pass, and that is: IT DOESN’T FUCKING WORK! It’s a scam created by people to sell their books and ridiculously priced courses. These books and courses are pretty easy to follow, and they’re generally very convincing – because who doesn’t want an easy route out of their pain? But they’re more like an anaesthetic than a cure.

AND it’s hugely rooted in privilege, ableism, and capitalism, but that’s a whole other story! This positive thinking bullshit has leeched into almost every aspect of the self-help industry. I’ve even heard from clients that their therapists have suggested it! But attempting this stuff can end up making people even more depressed and desparate!So what do we do instead? Best to remember that, FOR EVERYONE, life is a mixture of ups and downs. It’s not easy – for some it’s easier/harder than for others. But for everyone there will be inevitable challenges. Our best way of navigating this is to basically come to terms with life being a bit of a roller coaster and to find ways to ride it in the least painful way possible.

This is what will make you happier in the long run. That’s what I reckon anyway.