The Energetic Gender Binary – not a boy/girl thing 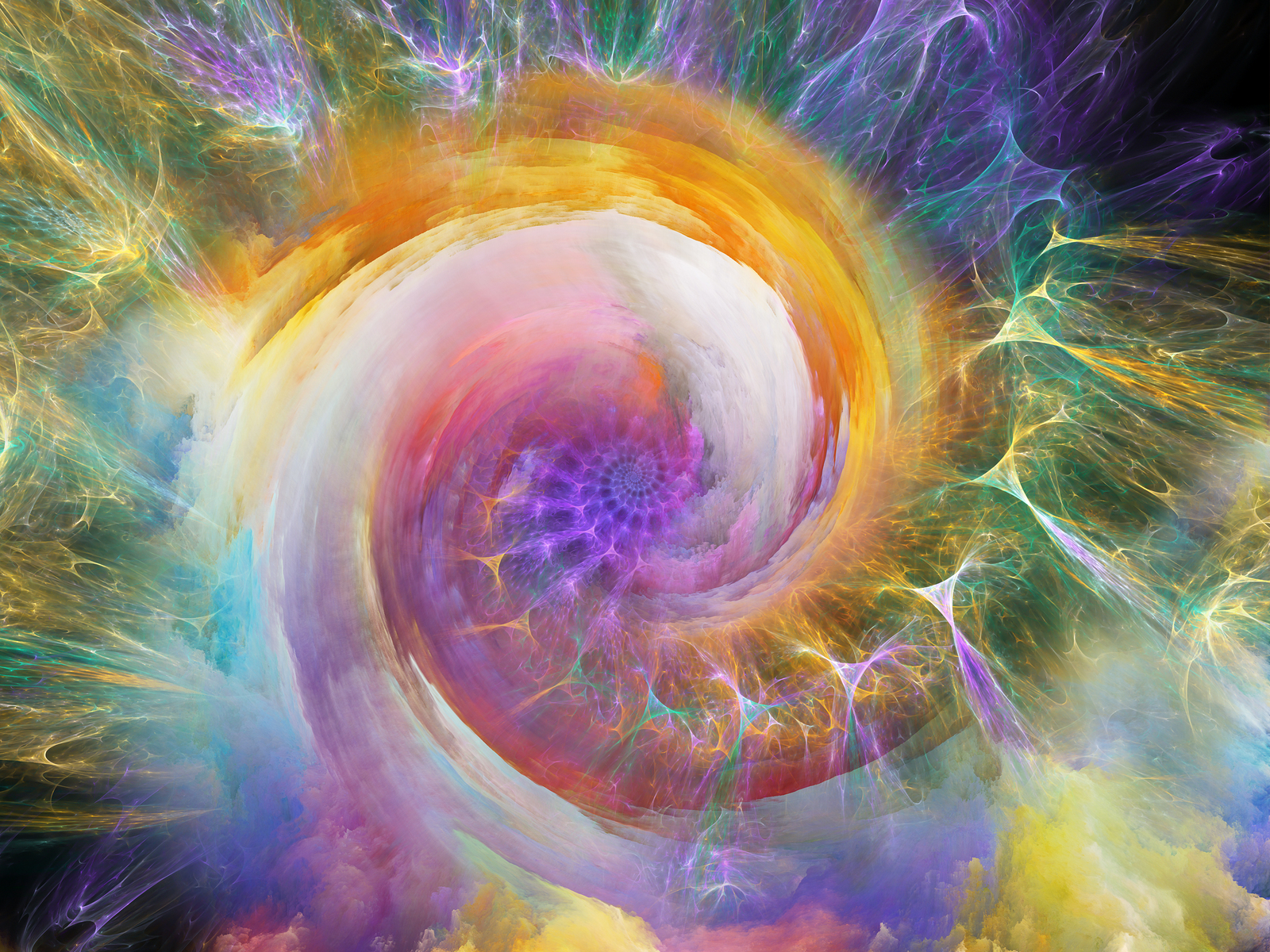 It is common to see rituals and spiritual practices where women are expected to dance in dainty circles, hiding their faces behind pastel coloured chiffon scarves, wearing flowers in their hair, and singing sweet melodies, and men are expected to stamp their feet, bang drums, and express their sexual prowess with a ‘mating’ call that goes something like – ‘Ug! Ug! Ug!’ This is not an exaggeration. I’ve seen this, and variations of this, happen plenty of times. Sadly, these rituals also reflect the common expectations of everyday life in many cultures.

So what of the people who don’t belong in either of these false categories, or those who don’t express their gender in these ways? They either squeeze themselves into these limiting roles, or they are in danger of finding themselves ostracised and worse.

This belief around gender roles is based on a TOTAL misinterpretation of Hermetic teachings, ancient mysticism, and alchemical philosophy.

Alchemists used the terms ‘masculine’ and ‘feminine’ to describe the polarity of what they called ‘the Gender Principle’. But they were actually referring to the natural and universal phenomena of ‘positive’ and ‘negative’ electrical flow rather than to men and women. This Gender Principle seemed to have the properties of either ‘repelling’ or ‘drawing-in’. The alchemists were fascinated with it, particularly because it is one of the causal effects of existence – in that the interactions within the directions of flow actually seems to produce, or create, matter. They used the word ‘gender’ as it is derived from the Latin – to procreate, to produce, to GENerate.

The alchemists, magicians, and priests also enjoyed a practice called the Art of Correspondence, which involved grouping similar (although often arbitrary) things together and assuming a meaningful association with them. It is actually interesting to play with this idea. It can lead to some fun insights, ‘aha’ moments, and some seemingly magickal meanings. But in the days when the Art of Correspondence was common practice, the associations were often, although mistakenly, taken as some kind of miraculous truth. When applied to the Gender Principle, they would list other things that they considered to be binary opposites and equate each side with either the ‘masculine’ or ‘feminine’.

It wasn’t a huge leap to associate ‘masculine and feminine’ with ‘man and woman’ especially as the Gender Principle is demonstrated misleadingly (and secretly) in the Garden of Eden story in Genesis by the characters of Adam and Eve.

Anything that was on the ‘negative/bad’ side, was not God, and was therefore demonised and hated. Sex, and particularly female sexuality, came to be seen as wrong, dirty, and bad.

Women were already under suspicion of being in cahoots with the devil, and any who didn’t adhere to the assigned limited roles – strong, independent, intelligent women, for example, or any men who seemed to have ‘female’ qualities, or anyone who’s sex or gender didn’t fit within this false binary became scapegoats for pretty much anything. Their lives were seriously in danger and, appallingly, many of them were tortured and even murdered.

These associations greatly benefited the patriarchal elite of the time. It enabled them to justify the mass gynaecide, misogyny, gender based discrimination, extreme divisions of labour and power, and hierarchical systems within cultures and subcultures.

Behaviour, emotion, and even fashion became more and more polarised into these limiting binary roles. Anyone who didn’t fit lived in hiding and in fear of their lives (sadly, this is still the case in many cultures). Unfortunately for all genders, due to this fear, the associations stuck and came to be viewed as ‘normal’.

In spiritual, magickal, and sacred sexuality terms, and on a cultural and community level, this has led to rituals and practices where people are divided and seen as supremely different from each other. People are expected to express their gender, their behaviour, and their spirit in terms of only one of these two limited poles.

By dividing their true nature and by only allowing expression of certain aspects of their personality, people are suffering from stress and psychological immaturity and damage, and the social encouragement of this creates an environment of hate and fear.

Many of the current problems with this whole concept also derive from the fact that some of the words now incorporate more meanings.

The terms ‘masculine’ and ‘feminine’ in the magickal and spiritual context should have nothing to do with ‘boys’ and ‘girls’, as they describe only how we reflect the POSITIVE (pushing out) and NEGATIVE (drawing in) properties of energetic force that occur universally. So let’s remove these words. In fact, let’s remove all the unnecessary and false associations, including the words ‘positive’ and ‘negative’, because, of course, they mean so much more to us now than simply ‘electromagnetic force’.

In my work I use the terms EXPANSION and CONTRACTION to describe the flow of energy as the forces shift and change. Like a fountain that continuously feeds itself – giving and receiving at the same time – one force pushes out in all directions and the other draws in, one repels and the other attracts. That’s it, no good or bad, no boy or girl, no value, just a simple description of the flow of energy force.

In everyday language, and often in spiritual spaces, people continue to talk about the ‘polarity’ of ‘gender’. In these contexts ‘polarity’ is commonly understood to mean ‘opposite’ and ‘separate’. But in alchemical, magickal, and electromagnetic terms, the word ‘polarity’ actually refers to the changing properties of A SINGLE THING – repelling and attracting energy flows are simply properties of electromagnetic force just as hot and cold are properties of heat, for example.

I’ll repeat that, just to be clear, ‘gender polarity’ in this context describes not two things but ONE THING.

The reason these properties were of interest to the alchemists (as mentioned above) was because they were fascinated with the interaction within the flow of energetic force because it creates movement, growth, and, most importantly for the alchemists, transformation.

‘Gender’, when understood in this sense, takes on a wholly different meaning.

So let’s stop using the words ‘polarity of gender’ too. It’s unhelpful, outdated, and misleading. Instead, to describe this concept, I refer to ENERGETIC FLOW.

As above, so below; as below, so above

Apart from being a huge collection of protons and electrons etc., we humans also reflect the properties of CONTRACTION and EXPANSION when we breathe (in and out), when we eat and excrete, when we say ‘yes’ or ‘no’, and when we penetrate or enfold, for example. It can be useful to notice how you express these properties in the world. Do you favour one over the other? How does this affect your experience and the experience of those around you? At times, it can be useful to express only one or the other – it’s sometimes wholly appropriate to either let it all out or hold it all in.

In interactions with other people – conversations/sex etc. – these energies can be exchanged and shared. Different properties can be embodied by different people at different times – creating a flow – back and forth… in and out… expanding and contracting.

Energetic Flow is something that everyone and everything expresses from the tiniest immeasurable vibration to the largest of galaxies.

Mystics look at the universe around them as a reflection of themselves, and vice-versa. They ask, what can I see, what do I experience, what can I learn from this, and how can I bring about transformation and growth? Getting to grips with this concept of Energetic Flow helps us to comprehend one of the most fundamental building blocks of existence.

In order to unify all aspects of yourself, regardless of your physical sex, there is a necessity to understand and acknowledge the androgynous nature of the Energetic Flow within you. Also, due to the historical conflation between ‘sexual gender’ and ‘energetic gender’ (and the resulting confusion in both spiritual contexts and in everyday life), if you haven’t already, I also recommend a deep exploration, and perhaps some experimentation, around your gender expression and the gender roles you play in both ritual contexts and in your social environment.

I hope you enjoy your explorations.